On veganism and beer 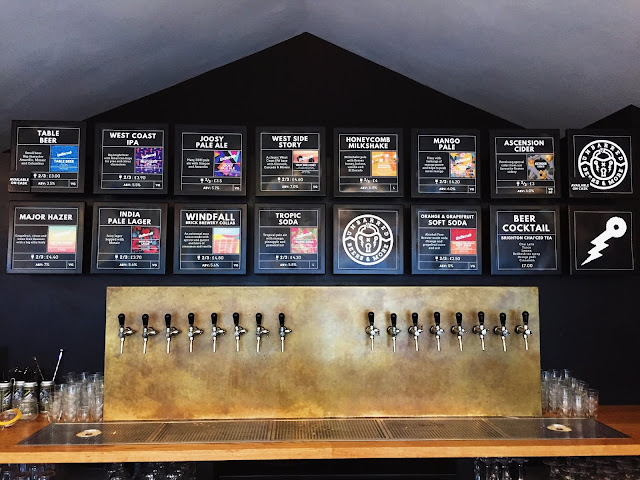 Recently I told one of the young people I work with that I’m vegan, and apparently blew his mind. Every time I see him, he asks me a series of questions about how this works, ranging from “are those leather shoes?” to “can you have bread?” It is quite possible that he will one day ask me if vegans can drink beer, and I will laugh and say “of course we can.” Usually.

Once, it was simple. If you needed to ensure your beer was dairy-free, you could simply avoid anything sold as “milk stout.” Clear, obvious, right there in the name – this stout contains milk. Or at least, lactose, the sugar found in milk, which gives these beers their creamy sweetness. Sorry, vegans, look elsewhere. These days, lactose doesn’t always announce itself with such clarity.

By law, the presence of milk must be clearly signalled in ingredients lists on bottles and cans, so shopping for beer isn’t an issue. In a pub or bar, though, you don’t have access to this information. A pump clip might make things more obvious, but modern craft beer bars don’t always display these.
Certain beer styles are easily swerved. Take the much-maligned “pastry stout” subgenre (which, incidentally, I was fond of when I was merely vegetarian). Omnipollo’s Chocolate Vanilla Coconut Blackout Cake Imperial Stout doesn’t sound very plant-based, and I’m happy to stick to that assumption and look elsewhere. Terms like “milkshake” and “ice cream” may seem infantile when applied to beer, but they’re useful because they heavily imply the presence of lactose.

Beyond that, things can get a little hazy – no pun intended. Heavily dry-hopped IPAs, especially those with added fruit, increasingly turn to milk sugar for balance, as have some big, dark beers – often imperial stouts or even Baltic porters. At the point of sale, it can be difficult to establish whether these beers are suitable for vegans. You could ask the bar staff, but they often aren’t sure themselves. Looking online often isn’t much help either. The result is that I’m now hesitant to order beer styles once loved, just in case I end up with dairy ingredients in my glass.

Veganism is, for me and many others, a strongly held ethical position and as such, I would be irritated to unwittingly lapse on this conviction by drinking an inadequately-labelled, lactose-laden IPA. This shouldn’t be underestimated. But it is also worth remembering that some people are lactose intolerant, and such a mistake could cause them real discomfort. 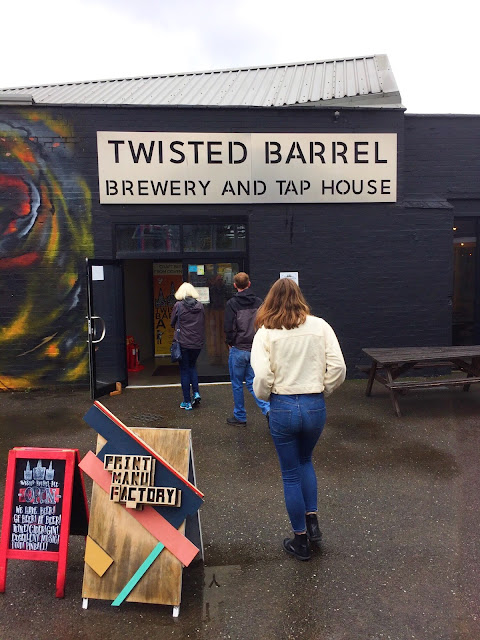 To be clear, I don’t really care if breweries make beers that aren’t vegan, if that’s what they want to do.  But Ritchie Bosworth, head brewer at Coventry’s Twisted Barrel brewery, suggest there’s no need. “In IPAs/Pales, lactose is only really used to balance beers that have been badly designed in the first place, with sweetness required to balance an excessive use of hops,” he writes in an email. “In most cases, these pale beers are too vegetal/bitter to drink without the addition of lactose to balance them out.” All of Twisted Barrel’s beers (and all food served at their taproom) is, and always has been, vegan.

In dark beers, Twisted Barrel use several methods to replicate the sweetness and body of lactose. They mash at high temperatures, producing longer, complex sugar chains yeast struggles to process, leaving more sugars present in the final product. This is particularly effective with old English yeast strains that don’t ferment complex sugars. Oats and wheat mimic the sweet, creamy qualities, especially in combination with vanilla pods; this combination is often used in their pale beers too. In beers like Gods Twisted Sister: Breakfast Edition, oat milk is even added for smooth, silky texture. This goes in after the boil at a rate of around 1ml oat milk per litre of beer.

There is, then, an argument that brewers should think more carefully about the drinkers they’re losing by using lactose unnecessarily. But either way, my principal problem is that there is no consistency in the way pubs and bars communicate whether what they serve is suitable for vegans. Some breweries make efforts to communicate this their end, and I know I’ll always be safe with something from Cloudwater or Moor. Whether pubs pass on this message is less certain – sometimes it happens, sometimes it doesn’t. If I walk into a bar with 10+ taps and only one is actually labelled vegan (which isn’t unfeasible), am I really to assume that none of the other options are suitable?

Isinglass remains a complicating factor. This fining agent, made from the swim bladders of farmed fish, isn’t really suitable for vegans or vegetarians. Frustratingly, its use is difficult to detect. It isn’t listed as an ingredient even when it’s used and bar staff often don’t know. Beers that don’t use it, perhaps not fining their beer at all, don’t always make this clear, either. I will confess to adopting a “don’t ask, don’t tell” policy when it comes to isinglass – many vegans will be more particular.

By way of a solution, I point to my local brewery, Unbarred. They’re known for hazy IPAs and beers with culinary adjuncts or added flavours – Honeycomb Milkshake Pale and Chai Latte are fairly typical examples. Both contain lactose. However, in the Unbarred taproom, these beers are clearly marked with an ‘(L)’, and vegan beers with ‘(VG)’. This is so simple that I have to ask – why isn’t everybody already doing this?