For The Session this month, I asked beer bloggers to write on the deliberately broad topic, 'brown beer'. The idea was to direct attention to a group of beers (brown ale, bitter, mild, dunkel) that are often overlooked and underrated. Thank you to all those who contributed - I'm delighted with both the quality and diversity of the responses.

Alec Latham at Mostly About Beer got the ball rolling with a characteristically philosophical approach to Tring Brewery's wonderful Death or Glory barley wine.

"This is where the beer was conceived and grew up. It isn’t refreshing but nourishing. It makes sense here in the biting jaws of January to help relax, thaw out and loosen sinews. It would make no sense in Sydney or in Palm Beach. It might have been fate that it was originally brewed at the end of October – just as we say goodbye to the sun and beer gardens." 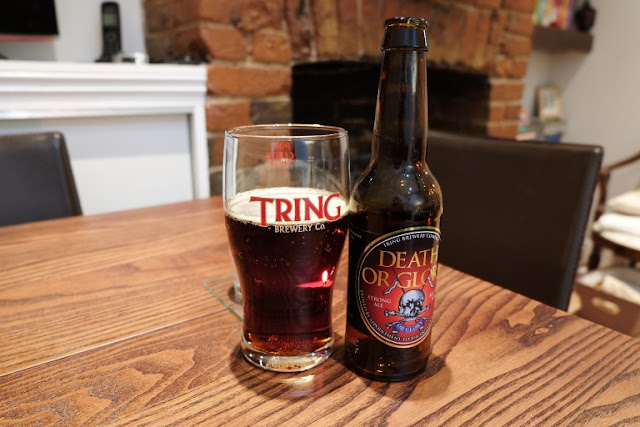 Boak and Bailey took a "stream-of-consciousness" approach, pondering the colour brown, its associations and its meaning in beer.

"Back in the 1990s Sean Franklin of Rosster's ditched brown in favour of pale because he wanted a blank canvas on which hops could shine. If pale is blank, is brown noise? Or texture? Texture can be good. Noise too. There's a reason people put dirty old Polaroid filters on their iPhone photos."

"Instead of digging up the time capsule and finding nothing but a mouldy newspaper and a badly spelled letter, I picked up two bottles I thought would be at distant ends of the modern brown ale scale."

Andreas Krennmair at Daft Eejit Brewing offered up a traditional recipe for a dunkel lager which had me longing for a huge glass of brown beer in a shady beer garden.

"The resulting beer may not be cool, neither in the hip beer scene nor in the conservative Bavarian beer culture, but it's nevertheless a great beer style. If you're too lazy to brew it yours, here's my suggestion for a fantastic example of the style: Augustiner Dunkel. At 5.6% ABV, it is spicy, malty, with hints of chocolate and licorice, but never sweet." 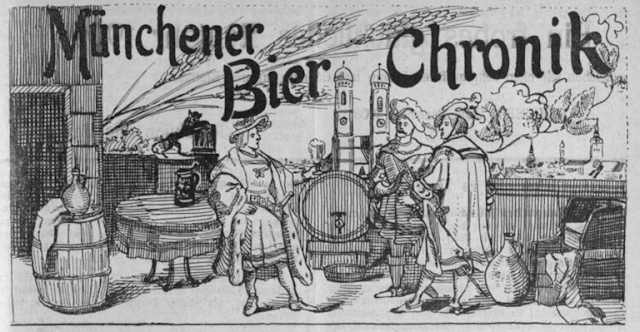 Lisa Grimm's account of her relationship with brown beer acknowledges a British influence on her preferences and palate.

"I discovered that 'the good stuff' was often simply from a local family brewery, and they didn't always make enough to export. But I loved my go-to beers, even if they weren't 'fancy' - a pint of Theakston's Best, Brains Dark, Moorhouse's Black Cat, Lancaster Bomber. I tended to go for beers on a chestnut-to-dark-brown continuum, and while I do go for more variety today, overall, that pattern still seems to hold."

David J Bascombe found himself pining for the simple pleasures of a pint of bitter after moving to the US.

"I have been in the USA for just over a year now. I have found many good IPAs, and many good stouts. Brown beers, or rather beers resembling the sort of beer I could easily find back home are somewhat harder to come by. This makes me think that brown beer, or rather an English bitter in this case, is something I (and possibly many others) take for granted." 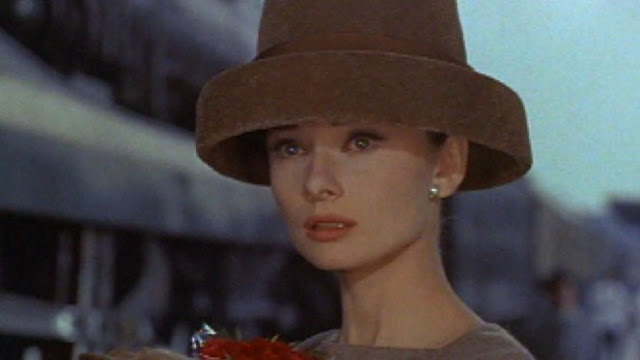 "Among the handful of beer recipes I brew repeatedly at home is a low-gravity job I call a brown porter. It uses brown malt as the primary speciality malt - about 10% or so of the grist - seasoned with just a token bit of roast barley or black patent. I love the moreish mocha flavour that brown malt delivers when used in sufficient quantity, and it's something that one rarely seems to encounter in commercial beers. Until a couple of weeks ago, anyway."

Also in Ireland, Reuben at Tale of Ale praises the humble dark mild, focusing on an example from Dungarvan Brewing.

"The mild is a little thought of style these days and there are very few of them ever released in Ireland. They do make the perfect cask ale though and I find them a little more complex than your average pale ale/bitter but easier to drink than a stout. There's something comforting about a good mild ale. One of my favourite UK commercial examples is Thwaites Nutty Black on cask. It doesn't rate very highly on beer rating websites, but then again, do any milds?

Derick Peterman at Ramblings of a Beer Runner gives his own potted history of brown ale appreciation, from Samuel Smith's to local brews from his native California.

"One could derisively call brown ales the cockroaches of beer, continuing to persist despite commercially eradicative indifference. The thing is about brown ales are, whether in traditional form, modern renditions, or contemporary reworkings, they have their passionate believers." 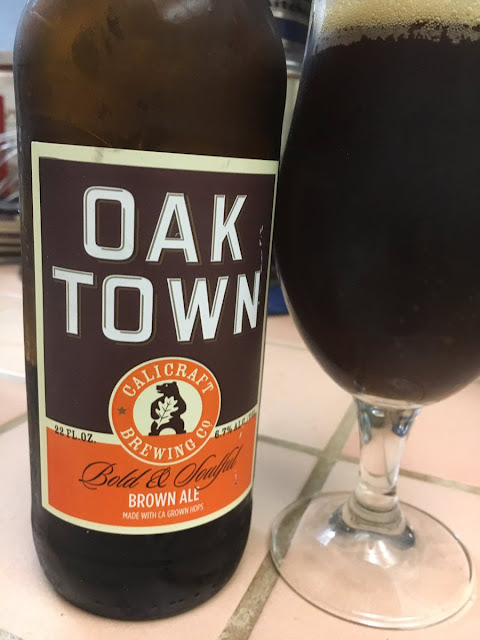 "I might not be thinking about this in the right way. I understand the definition of "brown ale" and the variants, but I don't think "I'll have a brown beer" when I am considering what to drink next. Whatever brown brings to beer is part of a matrix."

F.D. Hofer at Tempest in a Tankard investigates a fascinating range of brown ales, including some particularly intriguing examples from Austria,

At Tuesday Pints, a personal history of brown ale appreciation, and notably another American blogger to name Samuel Smith's Nut Brown Ale as an influence.

"I drink more IPAs than anyone really needs to these days - they're inescapable. Much like many relationships, we never had a falling out, but we drifted apart. I'd say hello every now and then but mostly sought out the new and exciting barrel aged sour and didn't have time for this steady ale. I honestly don't remember the last time I brought a bottle home. So, as I write, I am also enjoying a fine pint of Nut Brown." 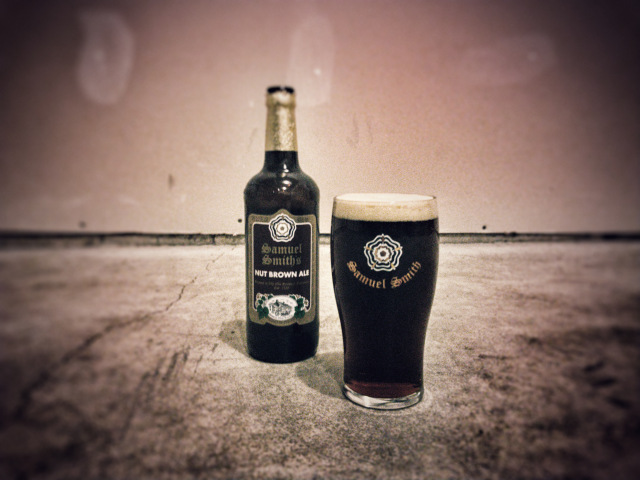 John Abernathy at The Brew Site also chose to focus on brown ales.

"I find this beer fascinating not only as a wonderful drink to enjoy, but also for the effort exerted to bring it into being. The fusion of the the wood and beer, ancient culture and domestication makes me pause as I sip it in - and not only because its 12% ABV. Not all browns are created equal."

And finally, my own contribution - a quick look at Brick Field Brown, a new addition to The Five Points' portfolio.

This is my contribution to The Session #120, hosted by yours truly. A full round up of the posts will follow.

I chose the topic of brown beer for The Session in an attempt to direct attention to some of the beer world’s underappreciated styles. Top of this list for me has always been brown ale, a subject to which I’ve dedicated plenty of words already on this blog. What more can I say on the subject?

Pondering this, I visited The Black Dove in Brighton for a pint of Brick Field Brown, a fairly new beer from The Five Points brewery in Hackney. I was instantly impressed by its hue; a dark, woody colour that would sit perfectly between bitter and stout on a beery colour chart. Taking a first gulp, smooth chocolate flavours were first to register. A very gentle coffee roast follows, a bit like you’d expect from a good dark mild and far subtler than that in a porter or stout. As it warms, that malt character becomes a little sweeter, with a suggestion of dulce de leche. Key for me is the hop profile – a subtle wave of peach and apricot before a bitter finish. 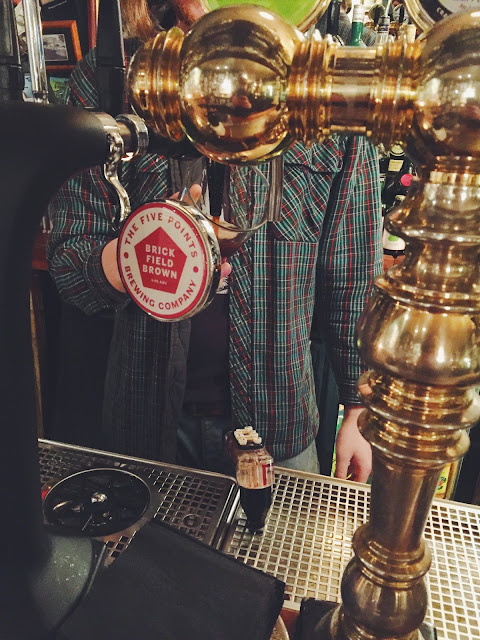 But what’s particularly exciting about Brick Field Brown is that, unlike most modern brown ales from British breweries, it is not a seasonal or one-off brew; it’s a permanent addition to Five Points’ core range. Which makes sense really – Community and Marketing Manager Doreen Joy Barber has described Five Points’ brand as “norm-core”; they’re not firing out limited edition beers or chasing trends, concentrating instead on a small portfolio which is executed to absolute perfection. Like myself, former Lead Assistant Brewer, Vito (now at Meantime) is passionate about brown ale, which Doreen calls “an unsung format”. Brick Field Brown began life as Vito’s Brown on the brewery’s pilot kit in late 2015, appearing for the thirsty public at that year’s London Brewer’s Market before joining the core line-up.

Brown ale may not excite everybody, but I hope that Five Points’ reputation for consistency and quality will tempt punters to give it a go. I certainly wasn’t expecting a brewery in hip East London to advocate the style, but I’m absolutely delighted they have. Seek it out if you can.
Posted by Joe Tindall at 08:54 1 comment: