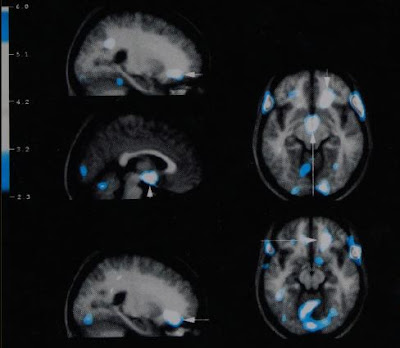 This has been going on for a couple of years. It comes and goes. I can taste some beers more than others. One day my palette might be operating at full power, but the next I might find the IPA in my glass no more flavoursome than tap water.

The problem isn’t my sense of taste so much as smell, which intermittently loses intensity. As is fairly obvious, olfactory perception is a large component of taste, and this is particular important with beer. In fact, I don’t seem to have any issues tasting food. It’s the relationship between aroma and taste in beer (but also coffee and wine) that I struggle with. Thankfully I can still enjoy scented candles, freshly cut grass and dusty libraries.

There isn't a clear medical reason for this, according to ENT specialists who’ve shoved cameras so far up my nostrils that my eyes watered. I’ve tried so many different nasal sprays that I could probably start a side blog noting their nuances. In September, I had an operation to cut back inflamed soft tissue behind my nose. None of it seems to make much difference.

Should I admit this? Might it damage whatever shred of credibility I have as someone who opines on beer? Well, hopefully it goes without saying that if I drink a beer than I can’t really taste, I’m not likely to mention it on this blog. It’d be dull reading if I did – every post would say “yet another beer that is almost completely devoid of flavour” – and unfair, too. I decided to write this post whilst reflecting on how my drinking has changed over the past couple of years, and how I’ve adapted to the situation.

One factor is temperature. It’s not exactly a revelation that flavour and aroma is slightly muted by colder temperatures, but I’m particularly sensitive to this. Any beer that’s been kept in my fridge needs 30-60 minutes at room temperature before I get stuck in. This is more difficult in pubs, where keg beer is often served far too cold for me. If I’m just having one pint, it tends to be from cask, which is (hopefully) cool but not cold.

This gets complicated if I’m settling in for the evening. Let’s take my beloved Evening Star in Brighton as an example – they’re likely to have numerous beers across cask and keg that I’ll want to try over the course of a session. I have to be a tactical here; start by ordering two beers, one cask and one keg. Drink the cask beer first, allowing the other glass to warm up a little. Then, there’ll be a kind of rolling system, one beer ready to drink whilst another ‘matures’ on the table in front of me. I’ve made it work but it involves more thought and planning than a simple evening in the pub should, and answering the inevitable “why have you got two beers?” question can be embarrassing and long-winded.

Then there’s beer style. Heavily hopped IPAs are the unfortunate casualty in all this; although very bold in flavour, they rely heavily on the aromatics. I haven’t completely stopped drinking them, but I have to be pretty careful. What could be more disappointing than ordering a pricy 2/3rds of hazy, hyped DIPA and having to desperately chase the ghosts of flavours that should be dancing a samba on your tongue?

I’ve found myself gravitating towards simpler, subtler beers – not because my palette has ‘developed’ or ‘matured’, which would be self-congratulatory, elitist nonsense. I just find that the roasted coffee notes of a porter, the bready malt and grassy hops of a pilsner, the rustic hay and pepper of a saison, all present themselves boldly on my palette.

There is a satisfaction in going back to these beers, which can be unjustly overlooked in the IPA-driven craft beer world. I’d prefer to just drink whatever I wanted, though. And I’d like to go back to ordering one beer at a time. It would make buying rounds with my friends so much simpler.