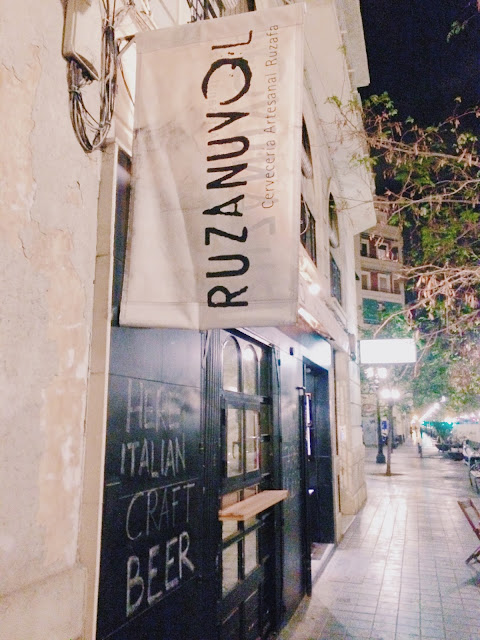 In the Ruzafa area of Valencia is an unexpected outpost for Italian beer. Ruzanuvol is a fairly shiny-looking and new bar, minimalist whilst retaining a certain cosiness and atmosphere; there are families eating a meal, old Italian men sipping a dayglo-green liqueur and the guy who owns the place seemingly pouring himself an awful lot of double IPA - a great vibe. Now, my usual policy when travelling is to drink the local beer, or at least beer from the country I'm visiting, wherever possible. But I'm endlessly intrigued by Italian beer, partly because I encounter very little of it in the UK and partly because the examples I have been able to try have been very good, and the beers on offer here – four from Birrificio Italiano and one from Birrificio Lambrate – are from particularly highly regarded breweries. Having sampled my fair share of Spanish brews while I'm here, I decide to allow myself the diversion.

There’s an exciting moment when I spot Tipopils on the bar. Having tried this once before in bottled form, I was underwhelmed, but this only made me more determined to try it on draught – people rave about this lager, so I wasn't going to write it off on the basis of one tired bottle. Though initially disappointed to see a nonic pint glass being pulled out for my beer – I hate these at the best of times, but they’re especially crap for lager – I'm soon enchanted by the crown of loose, moussey foam extending from the glass. Taking a first thirsty glug and feeling the fresh, grassy hops hit my palate, I have to consciously stop myself from knocking it back in one. This is hoppy lager at its best – satisfying all of the pleasures you want from the style and giving a vibrant, herbal hop hit without excessive bitterness or overly fruity flavours that confuse the clean lager base. I would love to drink pint after pint of this, but there are other taps to consider.

Various sources suggest that Birrificio Italiano's Amber Shock is available only in bottles. Assuming I wasn't sold some sort of bootleg beer, this must have changed at some point as it was pouring from the keg. A festival of malt, this is soft and comforting beer. There's a little of the candy floss flavour I often notice in beers of this colour, but it stops well short of cloying sweetness, and some treacle-like burnt bitterness and boozey warmth in the finish keep things interesting. Asteroid 56013, the brewery's IPA, is glorious, reminiscent of The Kernel's excellent IPAs at home. There's a big, resinous hop hit which suggests tropical fruit whilst maintaining a certain savoury quality - I guessed at Mosaic, but it's actually Cascade. This is notable for two reasons - 1) I should stop trying to guess what hops are in beers, especially as I never get it right, and 2) I associate Cascade with the herbal and grapefruit flavours of Sierra Nevada and Liberty Ale, but this beer is much more modern in character and proves that it's not just newer hop varieties that make the difference, but the way hops are used. Most importantly, it hits that sweet spot of bitterness which invites you to drink more but stops short of unpleasant washing up liquid sensations.


Finally, Quarantot from Birrificio Lambrate. This is what the owner has been liberally sipping throughout the evening, becoming increasingly friendly and singing along to Italian music as he goes. I can't blame him - it's a big beer at 9% but doesn't necessarily drink like it. There's a little sweetness, which can be a deal breaker in a double IPA for me, but here is delicately managed, preventing the super juicy hops from completely overpowering.

Visiting Ruzanuvol has made me all the more determined to continue seeking out great Italian beer, and I'd highly recommend a visit if you're in Valencia.
Posted by Joe Tindall at 01:12 No comments:

When I visited Seville last year, I drank some very fine Spanish beer. Spain’s beer culture is young, and this is particularly true in Seville; Ratebeer now lists four breweries or brewpubs within the city, but at that time there were just two. Valencia is the larger, hipper and more cosmopolitan of the two cities and beer culture here is far more established, with a handful of local breweries and a fine choice of bars and pubs. You’re likely to simply stumble upon good beer in this town, where bottle shops and brewpubs mingle with tourist attractions in the city centre and restaurants may include ‘cerveza artisanal Valenciana’ sections on their drinks menus. 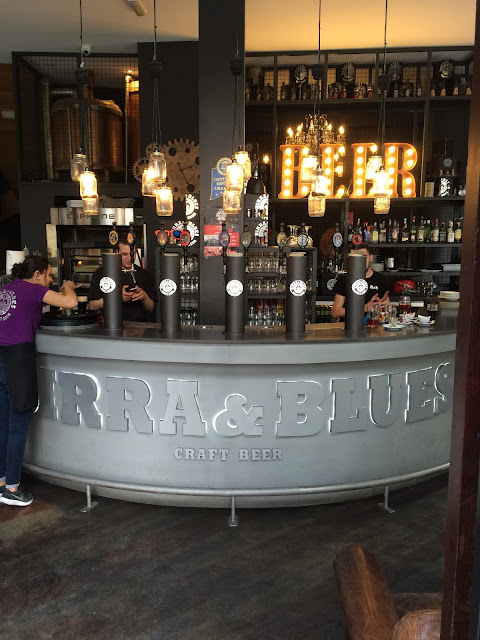 Birra & Blues is probably the most visible beer spot in Valencia, located in the heart of the old town just moments away from the central indoor market. Though it looks like the beer is brewed in a different premises, the bar is very much in the vein of a US brewpub – clean and bright, family friendly, and doing a good trade in tapas and coffee as well as beer. Indoor seating was, as far as I could see, fairly limited, but it’s a great place to stop by for an al fresco afternoon beer whilst wandering around the city centre.

La Negra, their brown ale is very good despite some problematic branding. It’s full of cocoa, raisins and dates, with a faint suggestion of coffee and some peach-skin earthiness before a finish which is ‘nutty’ in that it recalls the dry, bitter sensation of biting into a nut. John Lee Blues, a dry-hopped amber ale, has a strong candy sugar character along with some caramel, and just enough savoury toasted cereal notes to reign in the sweetness. The hop profile brings peaches, apricots  and mango and there’s a gentle bitter finish. Sadly only available in bottles, Black Blues Abbey is their interpretation of the Belgian abbey style, which is a strange experience – initially bland, it then becomes dry and quenching before a very late and very big burst of flavour. There’s blackberry, blackcurrant and cola along with a little phenolic bubblegum, and finally some gentle roast and ash. It’s not much like any Belgian beer I’ve tasted, but it’s an accomplished and interesting beer with complexity far beyond its modest 5.4% ABV. 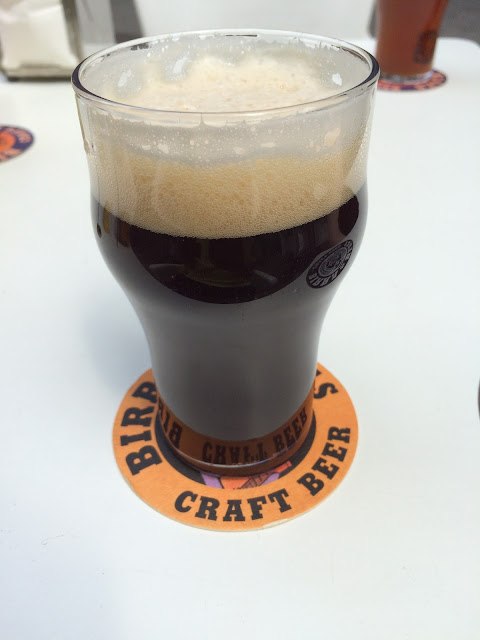 The aforementioned Mercat Central also houses Las Cervezas del Mercado, a bottle shop which is astonishingly well stocked given its limited space - pick up some Spanish beers along with your smoked paprika, saffron and delicious juicy oranges. On the other side of the old town is the bizarrely named Beers and Travels – the shop is very much geared towards the beer side of things, though their website suggests they do book beery trips too. Here I picked out CCCP, a classic session IPA from local brewery Tyris, which is beautifully dry and full of pine and citrus zest – the sort of IPA that’s becoming unfashionable in this era of ever-later dry hopping and rapidly receding bitterness, but still holds a lot of charm in the afternoon sun. 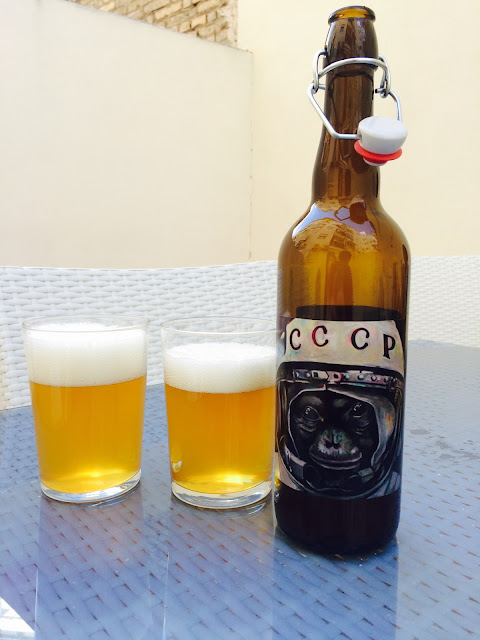 In the younger, more bohemian environment of Ruzafa is Olhöps, an achingly hip craft beer bar decked out in a Scandinavian minimalist style that reminds me of restaurants in modern art galleries. The likes of Mikkeller and Brew By Numbers are on tap alongside the Spanish beers, and there’s a small but tastefully curated selection of bottles to take away. Here I go for Zeta Hell, a lager from Valencia’s Zeta brewery, which is a delight – clean and full bodied with plenty of quenching carbonation and a spicy edge. Like Birra & Blues’ brown ale, Paqui Brown – the name puns on Jackie Brown with the nickname of a Valencian footballer - from Tyris also has questionable branding. It’s questionable in other ways, too – so pale that I can’t believe I’ve been served the right beer. Wondering whether the wrong keg has been attached to the tap, I enjoy the caramel-coloured beer anyway – approached as an amber ale, it has a pleasant peach and sherbet hop character over a smooth caramel malt backbone. 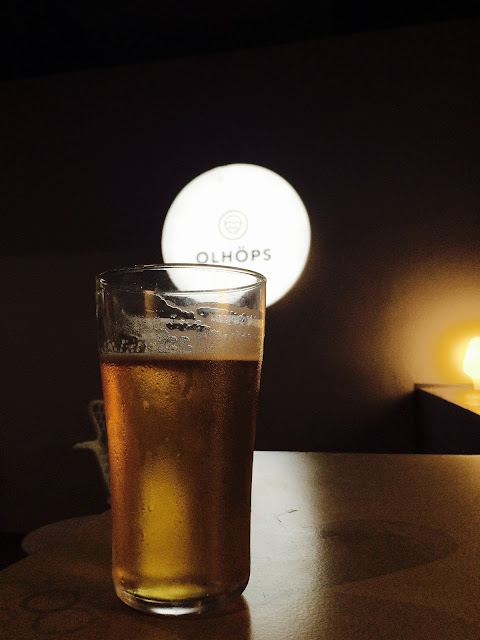 At the nearby Valencia on Tap, the mystery is solved. As the owner talks me through the beers on tap, he comes to Paqui Brown, explaining – “it’s a brown ale – well, they call it a brown ale, really its amber.” This place has a lot more in common with the unfussy locals bars you see everywhere in Spain, but with ten taps of great beer from the likes of Founders and Hitachino Nest in place of the solitary condensation-soaked Estrella Galicia font. Despite the name, the beers go beyond the strictly local – I try Achtung! Imperial Porter, a collaboration between Yria , from Noblejas in the Toledo province and the Bavarian Hanscraft & Co. which appears to have been brewed at Domus in Toledo. This is a beer of great complexity – earthy and slightly tart, it’s full of black cherries and dark berries, with a dryness that recalls cocoa powder before some dusty, musty barnyard flavours round it out. Garage IPA from Barcelona’s Espiga is a glorious burst of lemon peel, pine needles and herbs – there’s a particular zingy citrus flavour here which I also find in Beavertown’s Neck Oil and certain BrewDog beers – Simcoe, perhaps? The body is full, even verging towards creamy, and extremely satisfying. 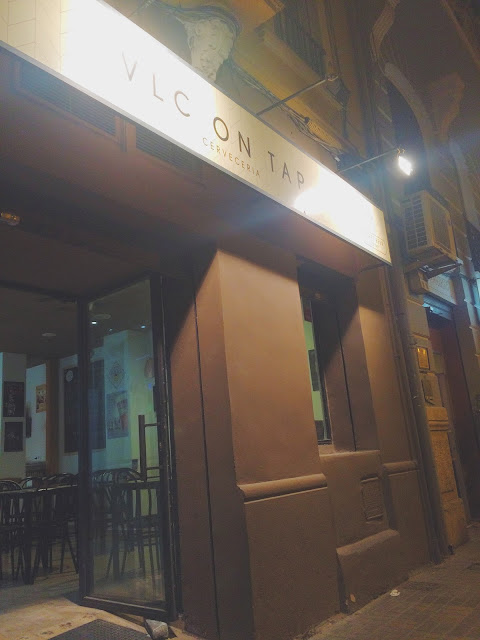 My overall impression of Valencia suggests a beer culture that's catching up to where are in the UK in terms of visibility. The likes of Mahou may still dominate, but a focus on local and artisan produce in general benefits beer - you can, for example, fill growlers with Tyris pale ale at the central branch of El Court Ingles. Not all the beers were hugely exciting, but I certainly encountered nothing rough, amateurish or marred with off-flavours. Valencia may be some way off becoming a beer destination, but for a holiday of exploring by day and boozing by night, I'd highly recommend it.
Posted by Joe Tindall at 03:10 No comments: