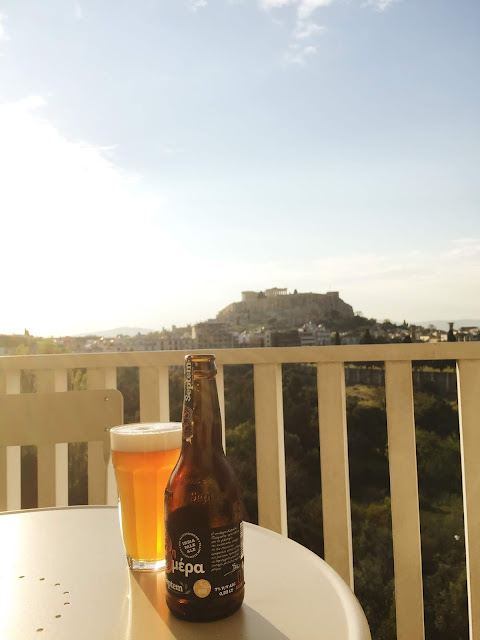 1.
The label on the bottle in front of me reads ‘New EnglandBarley Wine’. What, I wonder, is the impulse behind this seemingly contradictory collision of styles? Ignorance? Provocation? Is it a ploy to trick geeks like me into parting with their hard-earned Euros, or something genuinely inspired?

The blurb on the label is (quite reasonably) written in Greek characters, so this beer can’t explain itself to me. Only one thing for it – I taste it, in as open-minded a manner as possible. Sticky barley sugar registers first, then pithy marmalade. A lilt of tropical fruit before a big, bitter boozy orange finish, like a stiff Old Fashioned.

Later on, I look the beer up and find it’s brewed with Norwegian farmhouse yeast (kveik) and, just for a while, the concept of beer styles seems laughably inadequate. 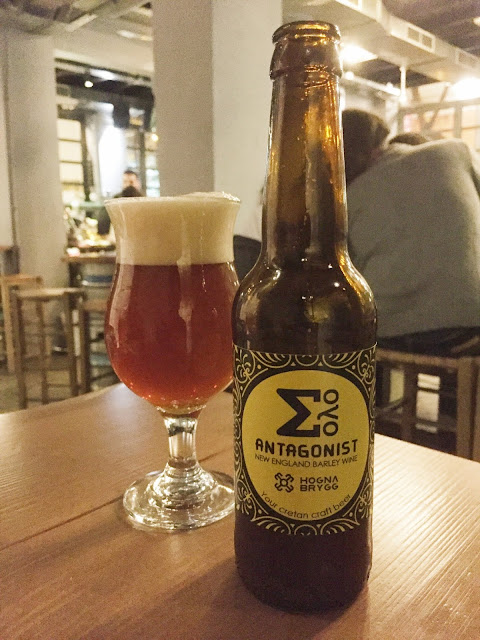 2.
Inside the Lazy Bulldog pub, you’ll find beer engines, vintage Guinness advertisements, and West Ham football scarves on the wall. Slick, perhaps recently painted, everything here is a little too neatly placed to really resemble a shabby English pub. Nor would I want it to – I’m not here for a pint of Pride, but for the extensive range of Greek beers on the bar.

I plump for Head Twister, the pale ale by Athens outfit Noctua. Is it the power of suggestion that makes it taste peculiarly of home? Served with a tight, creamy head, it’s all Digestive biscuits, elderflower and orange. I never thought I’d come to Greece and come across a dead ringer for Hophead. 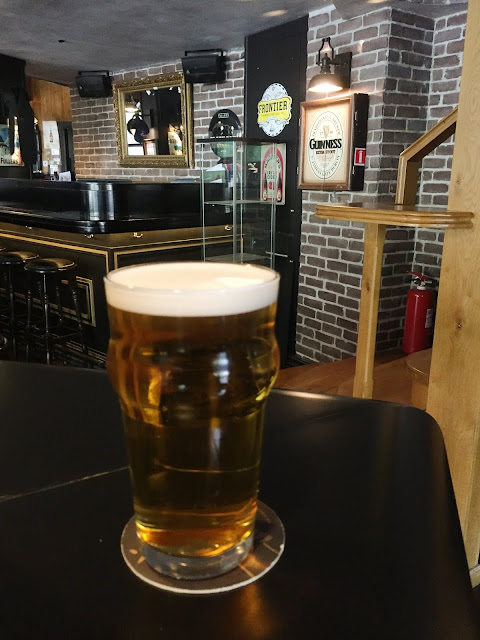 3.
I last about 5 minutes outdoors before a chilling breeze sends me back in. The sky’s darkening and the air feels charged. Sure enough, soon the streets and pavements are overflowing with rainwater and opportunistic street vendors emerge, seemingly from nowhere, flogging umbrellas.

Good news for Barley Cargo, the specialist beer bar in the centre of the city – it soon fills up. But their luck doesn’t last long – a few forks of lightening and growls of thunder later, and the lights go out. A piercing alarm beings to ring. The proprietor runs back and forth, on the phone, occasionally silencing the alarm, only for it to sound again moments later.

The lights flicker and come back on, accompanied by suddenly deafening music. The panicked barman runs behind the counter, reaching frantically for the volume dial and, in his haste, mistakenly turns it the wrong way.

Steeling myself for a wet wander back to my apartment, I order a glass of Sigri’s Sedusa, revelling in its warming qualities – sandalwood, crusty bread and cloves; orange zest and a little black pepper heat.

When I get back, I fail to operate the heating controls in my Air B&B and dry my shoes under the grill. 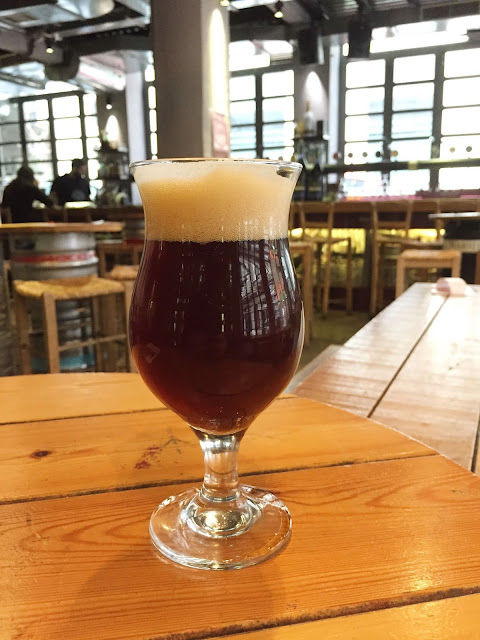