Craft Beer World, now and then 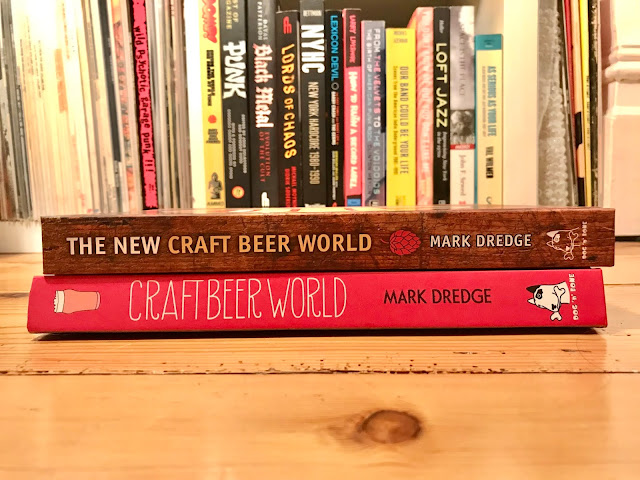 In the very first post on this blog, I acknowledged Mark Dredge’s book Craft Beer World as instrumental in changing the way I drink, and think about, beer. I found it around the time I first dipped a toe into the possibilities of beer outside of macro lager, and it enchanted me. When the book was published in 2013, Brighton already had several craft-leaning pubs, and beer started to take up more and more of my headspace.

I was transported back to that time when I read that Mark was releasing a sequel, The New Craft Beer World. I imagined a version of myself, seven years younger or maybe, in a much sadder scenario, stuck in the same dead-end retail job in which I first encountered Craft Beer World and with Holsten Pils still my favourite beer. What would that beer world look like now, and how would it compare to 2013?

Beer styles is one obvious change, and the most significant omission from the 2013 edition is the New England IPA, simply because it didn’t exist at the time of writing. Hazy IPAs are now so ubiquitous that it’s easy to forget what a recent development they really are (although proto-NEIPA Heady Topper is included in the American Imperial IPA section.)

The descriptions of the other beers in the IPA chapters of the book seem pretty old-school today. The word “juicy” doesn’t feature once, and some of today’s most sought-after hop varieties are notable by their absence, too – although Citra features, it’s outnumbered by Cascade; none of the beers included use Mosaic, which was commercially available but far from commonplace in 2013.

Mark also points out that in 2021, “the IPA family has got a lot broader in general”. In the original edition, there was much less distinction between IPA sub-styles; in the recent update we have beers labelled West Coast, East Coast and even Northwest IPA, with a double page spread dedicated to sorting through the regional IPAs of America.

Today’s other style du jour, the pastry stout, is also pretty much absent in the first book. Again, a trailblazing beer does feature – Three Floyd’s “blockbuster” imperial stout, Dark Lord – but there’s little hint of the coming blurring of lines between beer and confectionary. A section entitled ‘German Curiosities’ includes examples of Gose and Berliner Weisse which seemed impossibly obscure at the time – most of the beers listed are American and very few, if any, UK breweries were making these styles then. Their current popularity would have been difficult to predict, as would the recent tendency to load them with smoothie-like fruit purees and lactose.

“Visually beer is so different now, with all the colourful cans and the opaque orange glasses of IPA,” Mark tells me, suggesting that the visual impact of some styles might be the secret of their success. “I don’t think hazy IPAs or thick fruit sours would be as popular if it weren’t for things like Instagram and Untappd.” I’m just an armchair commentator, and from where I’m sitting, it’s can be difficult to tell which styles are actually popular with a broad range of drinkers and which are the most Instagram-able. It’s hard to know whether someone in the position I was in 2013, picking up The New Craft Beer World as an guide to navigate craft beer, would even know about fruit smoothie sours.

The accessibility of craft beer is, one obvious change that has occurred in the intervening years between Craft Beer World and its sequel. “Back in 2012 when I wrote the book there were only a few places where I could buy or order interesting beers”, Mark says, “it’s now become normal to find great beer everywhere.”

Back then, I probably wouldn’t have believed you if you’d told me that in the not too distant future, I’d be picking up a can of Mikkeller’s American Dream lager during my weekly shop at Sainsbury’s. I certainly wouldn’t have believed that I would purchase said can only once before losing interest, such is the variety of craft beer in 2021. (I would also have been pretty shocked to hear that Mikkeller would then end up on a personal list of boycotted breweries after accusations of harassment, bullying and misogyny, but that’s another story…)

If we consider the greater accessibility of craft beer, there is one big elephant in the room – corporate take-overs. Some of the breweries featured in Craft Beer World really are everywhere now. In some cases, that’s a great thing. Camden Hells is a small miracle, wedged as it is between pumps for Kronenbourg and Amstel all over the UK, frequently the only decent beer on the bar.

But at the same time, selling out to a multi-national can render a brewery’s output permanently uninteresting. I would place both Meantime and Beavertown in this category – note that both are included in Craft Beer World for excellent porters which have since vanished from their line-up.

Some of the beers and breweries featured here have become very easy to find, but in happier circumstances. Take Yeastie Boys, who feature in the original book several times – I was so intrigued by them. They’re from New Zealand, of all places! And they’re named after the Beastie Boys! They are now, happily, partly a UK-based operation, and I need daydream no more about how their beers might taste.

That’s good news, of course. But the greater visibility plus the sheer number of breweries there are now does mean a certain lost romance. I asked Mark if there was anything he missed about craft beer in 2013, and he replied, “ten years ago, there were a lot of beers which I’d never tasted but I’d read about them online and I have really visceral memories of imagining how they’d taste and longing to drink them. There was something thrilling about the beers I’d never tasted.” That happens less and less in today’s craft beer world.

Whilst I can confirm that Mark’s infectious enthusiasm shines through just as clearly as ever in the new book, it is easy to become jaded. But for me, the beers listed in Craft Beer World still hold an indelible romance. The pages are so well-thumbed that I will recognise a beer from the book instantly – if I find one I haven’t tried, it becomes an essential purchase. 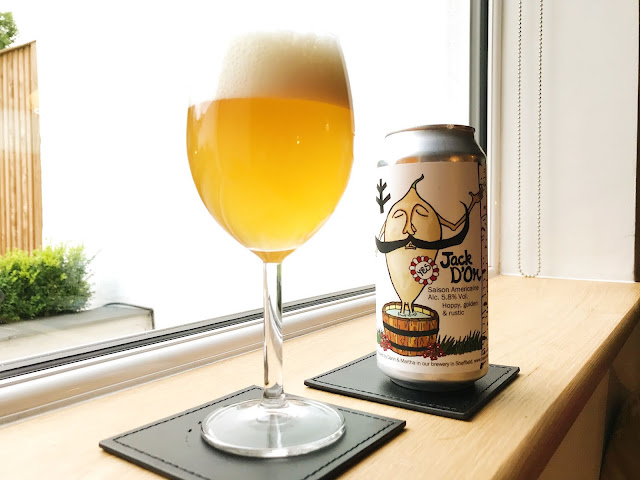 I was able, recently, to get in another tick, albeit in a round-about way. Some of the breweries in the original book are no longer with us, such as Boston’s Pretty Things. Conveniently for me, Boston’s loss was Sheffield’s gain, and the same people are behind St. Mars of the Desert. Not only that, but they’ve revived some old favourites. So, seven years later I can finally say I have tasted Jack d’Or saison – and it was every bit as good as I’d hoped.

I doubt I’ll be quite so dedicated to hunting down all the beers in the new edition – but for some readers, this book will be the beginning of a beautiful friendship with beer.

The New Craft Beer World is out now. For what it's worth, I bought my own copy. Thanks very much to Mark for answering my questions.