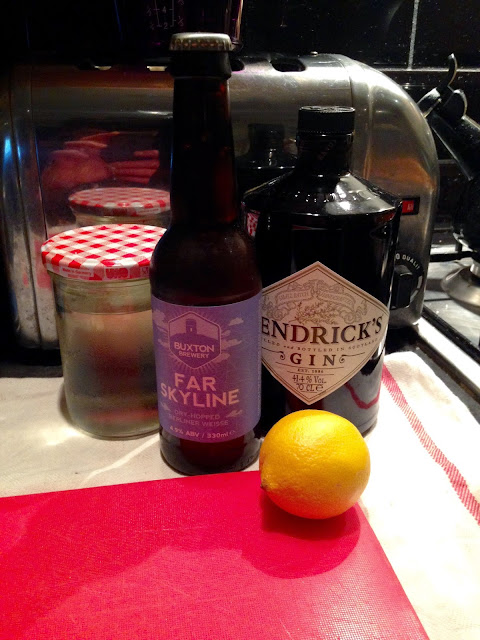 Recently, whilst idly jonesin’ for a Tom Collins, I got to thinking about beer cocktails. I’ve never tasted one, and certainly never tried making one myself, because why risk a perfectly good beer by the inclusion of other ingredients that may not work*? But the two trains of thought collided, and I began to wonder whether I could make a Tom Collins cocktail using a sour beer. Berliner Weisse might work – those I’ve sampled are full of tart citrus flavour, albeit with a hoppy background.

In fact, once I’d had the idea, it seemed a rather obvious one, and I was sure someone else must have got there before me. They may well have, but when a quick google of the term ‘Tom Collins Berliner Weisse’ brought no results, I decided I may as well go ahead and document my findings here. Encouragingly, I went to the pub a couple of days later and found Londonerweisse, a collaboration between Beavertown, Dogfish Head and the East London Liquor Company which infuses gin botanicals into a Berliner Weisse. If I’m honest, I couldn’t get much of those gin flavours from the nonetheless very tasty beer, but it confirmed I was on the right track.

In preparation, I experimented with the regular Tom Collins, adapting some recipes I found online. Most were either too pungently boozy or a little too sharp, but after some tinkering I settled on 40ml gin, 35 sugar syrup and 50ml lemon juice (juice of roughly one and half lemons) over crushed ice. These ratios gave me the foundations for further tweaking in the beery version I’d be trying.


The obvious change to make was the sugar syrup. Having ended up using almost twice what some Tom Collins recipes recommended, I revealed my sweet tooth. But whilst an old German tradition used flavoured syrups to sweeten Berliner weisse’s tart edge, it is usually drunk straight and shouldn’t require as much sweetness to balance it as lemon juice, which can’t be drunk straight without this happening. So, with a bottle of Buxton’s Far Skyline and Hendrick’s gin to hand, I set about an evening of blundering beery mixology. 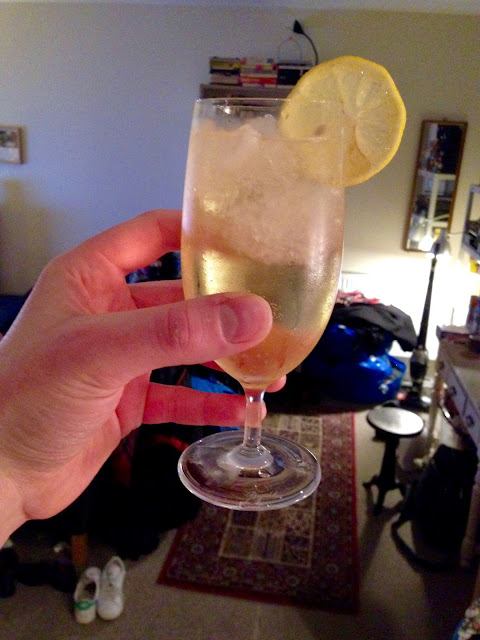 I put much less ice in the glass than I had with my traditional Tom Collins’ (to make room for more beer) and mixed 45ml gin, 10ml sugar syrup and 100ml beer. Sadly it was too sweet, and also just a little bland; I added a squeeze of lemon to liven it up and this was passable. It didn’t taste like a Tom Collins, but it was a decent, refreshing drink in its own right. The second attempt used the same measures of beer and gin, but no sugar syrup. Minus the cloying sweetness, this was instantly better, but a dash of fresh lemon still improved it. The floral notes in the gin (and Hendricks is a particularly floral example) really came through, reminding me a little of sparkling elderflower, and the lightness of the drink with the slight citrus tang was reminiscent of Prosecco.

Am I converted to beer cocktails? Not really. It was fun messing about with the recipe, and the final drink I came up with was very enjoyable, and something I might revive for summer evenings. But my slightly underwhelming conclusion is that the final third of the bottle of Far Skyline, which I drank on its own, was the most enjoyable part of this little adventure.

* Although I'd like to try this one from Melissa Cole.
Posted by Joe Tindall at 05:29 No comments: