I know very well, but all the same...

Our ability to succumb to the immersive illusion of fiction film is often referred to as ‘suspension of disbelief’. From what I remember from my time as a Film Studies student, Christian Metz tells it differently – we don’t simply switch off the part of our brain that consciously knows that the world playing out on the screen isn’t real. For Metz, it might be more accurate to say that we allow ourselves to become immersed in the film, whilst simultaneously marvelling at the workings of the ‘machine’ that enchants us.

Borrowing a phrase from psychoanalyst Octave Mannoni, Metz suggests that the viewer in the cinema tells themselves “I know very well, but all the same…” This is what I tell myself when I drink alcohol-free beer.

A common retort to alcohol-free beer is that other drinks, naturally lacking booze, are available. Rather than have a beer you could just drink tea, sparkling water, juice, and so on. This is a reasonable point, except it supposes that beer is merely a drink. Especially in the current miserable circumstances, it is also often part of a special sort of personal ritual, signalling the moment when the working day is done, dinner’s eaten and the washing up done. The point at which I sit down on my sofa and enjoy a couple of hours of freedom. These moments are important – they’re pretty much as good as it gets at present - and deserve some ceremony. But at the same time, I don’t want to drink every day.

So I might sit back with an alcohol-free beer instead. On one level, I am trying to suspend disbelief, buying into the fantasy that I’m relaxing with a ‘real’ beer. If it’s no good, the illusion is shattered. But at the same time, the very fact that I am assessing whether the beer is good or not means that the illusion is never total. And if the beer is good, I might find myself thinking, “hey, this actually tastes like beer! How did they do that?” Like Metz’s film audience, I am both allowing myself to be swept up in the illusion, whilst also admiring the brewery’s ability to sweep me up in the first place.

All of this means it is difficult to assess the quality of alcohol-free beer from a neutral standpoint. Beer is never going to taste the same once you take the booze out; equally it’s easy to overrate some examples just for tasting vaguely decent. There’s no accounting for taste, but I have seen people whose opinions and palates I trust very highly raving about a 0.5% stout that I poured down the sink because it tasted like damp sticks.

I wanted to write something on this subject that says something beyond, “some alcohol free beers are nice, actually.” So what follows is a brief attempt to categorise the sub-genres I’ve found on my travels through the 0.0 – 0.5% beer world. 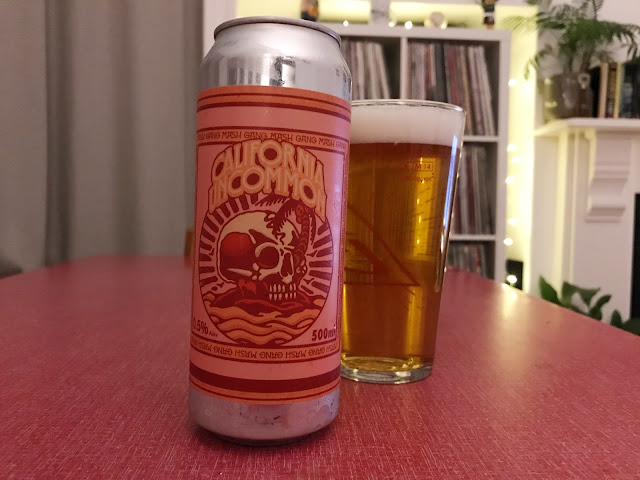 If you had never tried an alcohol-free beer, but had to guess what one is like, I think you might assume they were watery and bland. In many instances you’d be right. Some examples go beyond mere blandness and are actually quite impressive in terms of their near-total absence of flavour. Brewdog’s Nanny State, for example, has a promising hop aroma which briefly translates to the palate before fading to absolutely nothing. California Uncommon, from AF-beer specialists Mash Gang, does it the other way round. Bizarrely sold as an alcohol-free malt liquor, which is meaningless gibberish, it starts off tasting like straight-up H20, but then a hollow ghost-flavour of toasted malt niggles at you in the finish. Both are pretty unsatisfying.

AF beer often has a lot of residual sweetness. This sounds unpleasant, and in some cases it is – dry-hopped wort, anyone? But in others it works very well. Hoppy styles seem to particularly benefit from the extra body this brings, and the sweetness rounds out the flavour and offers a good foundation for hop character to assert itself. Mikkeller’s Weird Weather is the best alcohol-free IPA I’ve encountered so far. Allow for the extra sweetness and it is convincingly beery, with juicy stone fruit notes and a citrus kick in the finish. 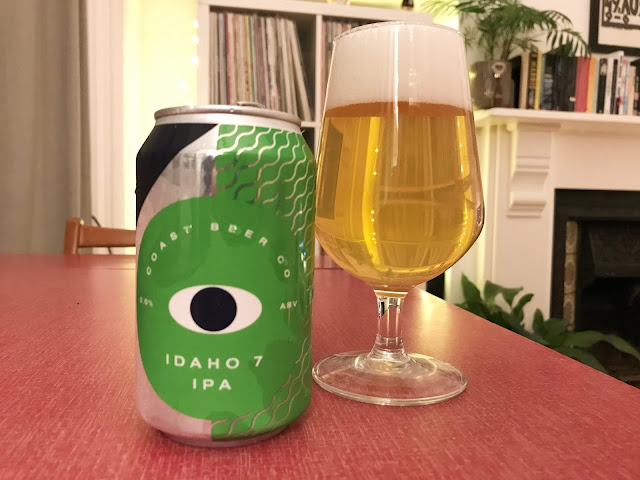 The various IPAs from Coast are quite similar, perhaps because they are also contract brewed at De Proefbrouwerij in Belgium. Their standard IPA has an odd strawberry jam flavour which is quite pleasant but not likely to let you forget that that’s merely near-beer in your glass. A recent range of single-hopped beers are much better, with much more precise hop flavour.

One big success in this area was the short-lived Guinness 0.0, which had a sweetness that would stop the flagship product from tasting so acrid and bland. Famously withdrawn in record time due to disconcerting possibilities of contamination (announced just slowly enough for me to finish a 4-pack), I hope it’ll return in a form fit for human consumption.

The ones with lactose

Picture the scene; the brewing team are sitting around having a post-shift pint, pondering a potential new line.

"I think we need to diversify our range and make it as inclusive as possible. We should make an alcohol free beer – lots of people are more mindful about their drinking these days and we don’t want to alienate customers."

"Great idea! And let's put dairy products in it!"

Look, I don’t want to get militant vegan on you, but I do think its safe to say in the current climate emergency, we all have a responsibility to think again about our consumption of products that derive from intensive animal farming. May I suggest that milk in an alcohol free lager is just about the most pointless, wasteful use of animal products imaginable?

The ones with adjuncts

One way to paper over the less convincing elements in alcohol-free beer is to add in some additional flavours. This is a delicate balancing act. It’s already not real beer; take the adjuncts too far and you end up with a sort of simulacrum that supposedly simulating beer, whilst predominantly tasting of grapefruit, or coffee, or rhubarb and custard sweets.

When done right, though, this is perhaps the most enjoying and deceptively beery category of them all. Non-alcoholic stouts are tough to pull off, and a lot of those I've tried just taste like malt extract, if not Marmite. However the aforementioned Mikkeller’s coffee-infused Beer Geek Flat White 0.3% is superb and I had settled on this being my go-to school night treat until I bought 4 bottles, all of which were infected and sour. I'll try again soon and hope that was a dud batch. Hamburg’s Kehrwieder also do wonderful things with coffee in their Road Runner porter. 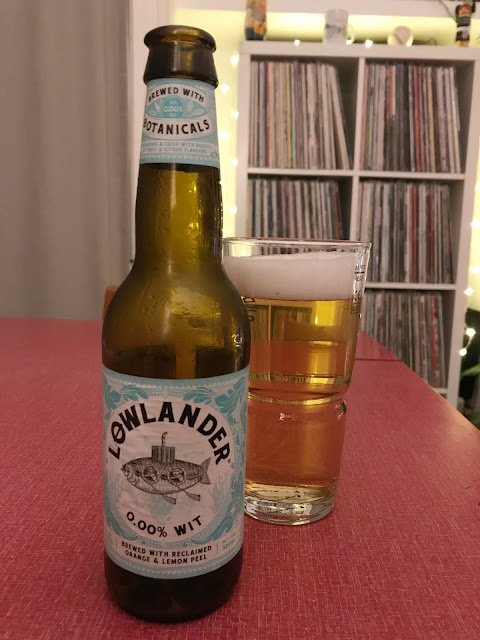 On the fruity end of the spectrum, I’m a big fan of Lowlander’s 0.0 Wit (another brewed under contract at De Proefbrouwerij, who clearly know their stuff). Made with waste lemons and limes from bars, this threatens to teeter into fizzy pop territory, but retains an element of rustic wheat that hits the spot. Another shout for Mikkeller, too – they’re the best in the AF game, for my money – whose Limbo series of fruited sours is superb. Riesling is the pick of the bunch for me, with a complexity and dryness that almost matches its boozy equivalents.

Then there are some beers that don’t fit really fit into any of the sub-genres outlined above. Two recent highlights come from UK brewers. Signature Brew recently released Lo-fi (DISCLAIMER - my samples were gifted by the brewery), which although maybe slightly on the thin side, could never been accused of being watery. It’s billed as a New England IPA, and does a good impression of one. This includes a couple of the less desirable tendencies of that style; tropical notes not quite gelling with savoury caraway, and a touch of asprin-like hop burn, but these are minor enough to overlook. It’s good fun and I’d definitely add it to my regular weeknight rotation.

Ridgeside’s Currant Wisdom is a sour so heavily fruited that the blackcurrant and apricot qualify as stars of the show, rather than adjuncts. It starts off a little watery, but the sour fruit tang soon overpowers that, whilst a smooth vanilla note fills out the middle.

So there you go. Some alcohol-free beers are nice, actually.