Clear as mud: in defence of the New England IPA

This post is a contribution to The Session #126, hosted by Gail Ann Williams at Beer By BART on the topic 'Hazy, cloudy, juicy: IPA's strange twist'. 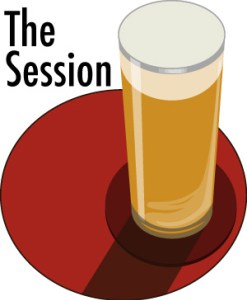 Rarely has a beer style (sub-style? Pseudo-style?) been so divisive as the New England IPA — cloudy bordering on murky, often brewed with oats for maximum fluffy mouthfeel and smooth, juice-like texture, and hopped only in the whirlpool for intense hop flavour and aroma with minimal bitterness. In the US at least, grown men queue for hours to get their hands on these beers, then trade them online like Pogs. Meanwhile, cynics take to Twitter to energetically lampoon the ‘trend’ for ‘murk-bombs’.

Clearly, the NEIPA is not for everyone. I’ll nail my colours to the mast early on; I’m a fan of these beers, which to me seem less of a trend and more of a natural evolution in the IPA style, which has been growing ever fruitier for several years. What concerns me is the wilful ignorance and negativity amongst those who don’t like the style, which I think runs totally counter to the spirit of beer geekery.
For example, a brewing company who will remain unnamed recently tweeted (plus some emojis which I’ve removed);

Perhaps I need to lighten up, as the tone here is obviously humorous and hyperbolic. The ‘barrel-aged’ bit doesn’t apply to the New England style anyway. But is it really necessary to mock other brewery’s products in order to sell your own? The inference here is, “we have a new beer, but it’s not one of those stupid New England IPAs everyone else is making. It’s proper beer.”

This tweet frames this company in opposition to other small, like-minded craft breweries. What it comes down to, I suppose, is positivity. I would suggest that marketing your beer based on what it is rather than what it isn’t — what you’re for rather than what you’re against — reflects better on your brand. And the same sentiment applies to the way all of us focus our energy in communicating about beer online, whether through blogs or Twitter. It’s futile complaining about beers you don’t like, especially if there’s nothing wrong with them beyond your own personal preferences, and it makes for pretty tedious reading. It’s fine to dislike a beer, or beer style, or perceived trend in brewing, but why not let others have their fun? 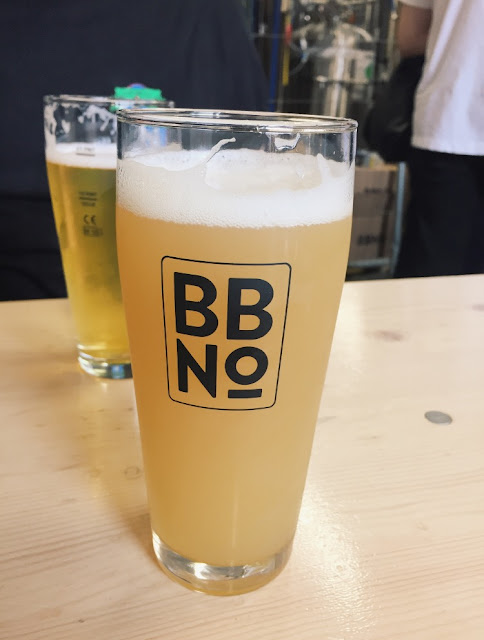 Alright, so they’re not especially bitter and you prefer bitterness in your IPAs. That’s OK. There are plenty of IPAs like that. I can think of only a handful of UK breweries who specialise in the style, and most others experimenting with the NEIPA also produce at least one standard IPA alongside it. Maybe it feels like all anyone is brewing these days is murky fruit juice, but I’d say that’s a warped conception based the fact that those who are making New England-inspired beers are currently getting a lot of social media attention.

The idea that all NEIPAs taste the same is also somewhat misguided. As The Beer Nut has already highlighted on his post on the subject, there is actually considerable diversity amongst these beers. Whilst many are intensely tropical, there are plenty that retain a dank, resinous tang. Some have strong savoury notes — onion and chive — and others don’t. Some, like Cloudwater’s recent IIPA Centennial, marry the East and West coast approaches beautifully, using the intensity of the New England style to beef up the fleshy citrus quality of a now relatively old-school hop variety.

But most importantly, we need to steer clear of the idea that beer should be a certain way. Those who vocally reject the New England IPA because it doesn’t look or taste like beer are edging towards What’s Brewing-letter-page territory. Lambic is beer, and so is porter, so what does beer taste like, exactly? Hefeweizen is beer, and murky beer at that, so what’s the difference? Whether the NEIPA represents progress or not is open to debate, but the idea that producing juicy, hazy beer is somehow inappropriate opposes the experimentation I love in craft beer.

Criticism has its place, for sure. Badly made, infected beer? Call it out. Perfectly well-made beer that many others enjoy but that you happen not to like? Let it be.
Posted by Joe Tindall at 10:10